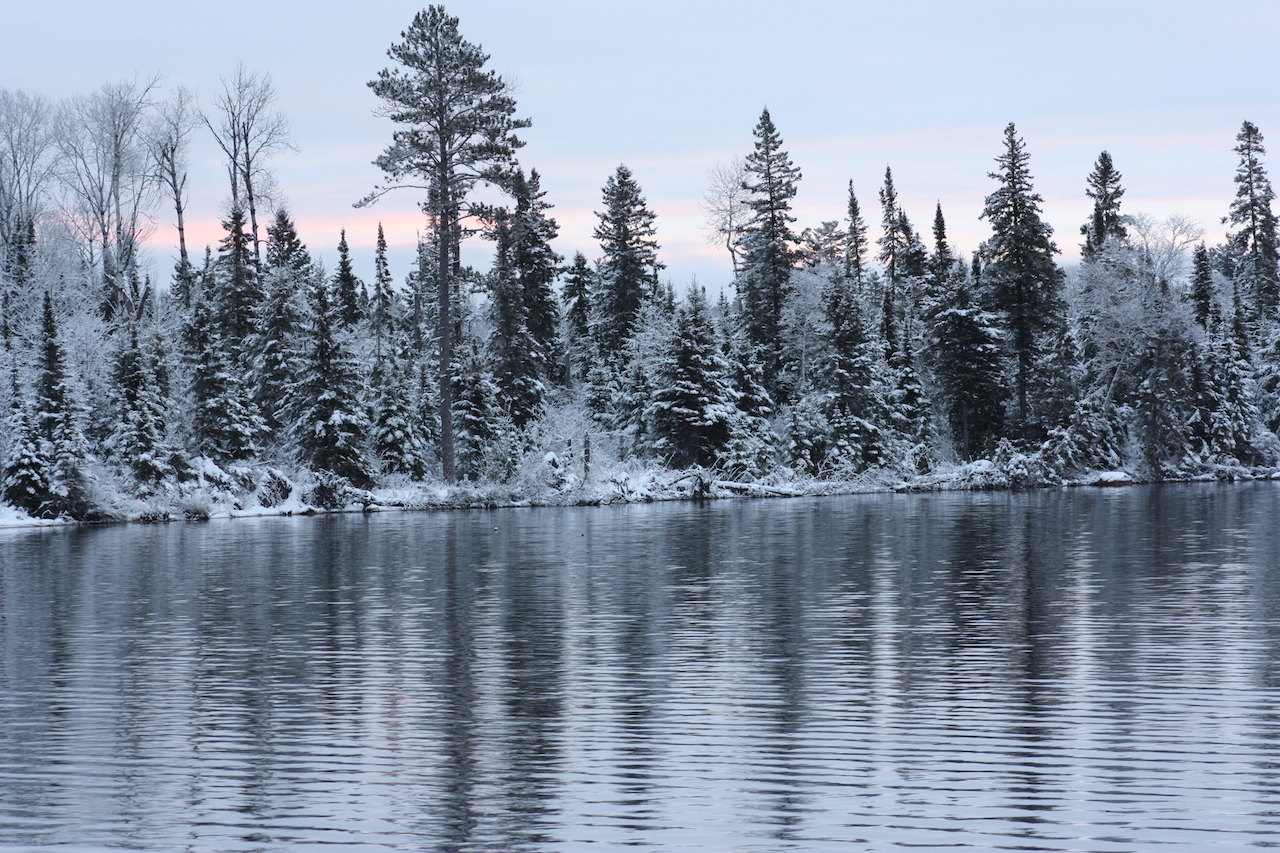 Some of our lake view this morning as the sun begins to rise. There was a lovely pink hue to the sky. But it looks like it will be a mainly cloudy and mild day. I made it home from Thunder Bay safe and sound, there was some rain mixed with snow in Thunder Bay as I was leaving but the roads were good.
While I was gone, Don plowed our road out to the main road.