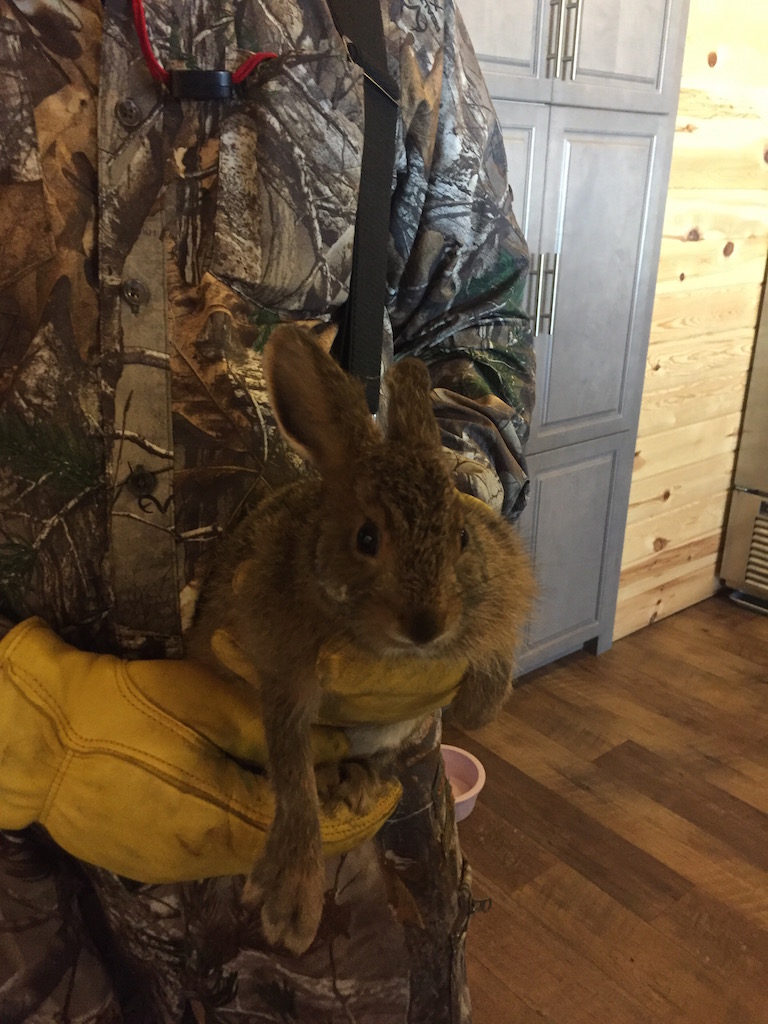 Found this little guy (although he wasn’t really that little) in our bedroom. Guinness, the cat, brought it in in the middle of the night. I was surprised that the dogs didn’t wake up and get it but it was tucked in behind our dresser. Don caught it and it’s been released at the portage. If we had of let it go around here the dogs or other cats would have got it.
So as you can probably tell, still no moose. They do hear them and some have seen cows and calves but the bulls are doing a good job of hiding. I don’t think weather is cooperating after the rain last week we now have had warm temperatures.
Today’s forecast -A mix of sun and cloud. Fog patches dissipating this morning. High 18. UV index 4 or moderate.
Tonight A few clouds. Fog patches developing after midnight. Low 7.