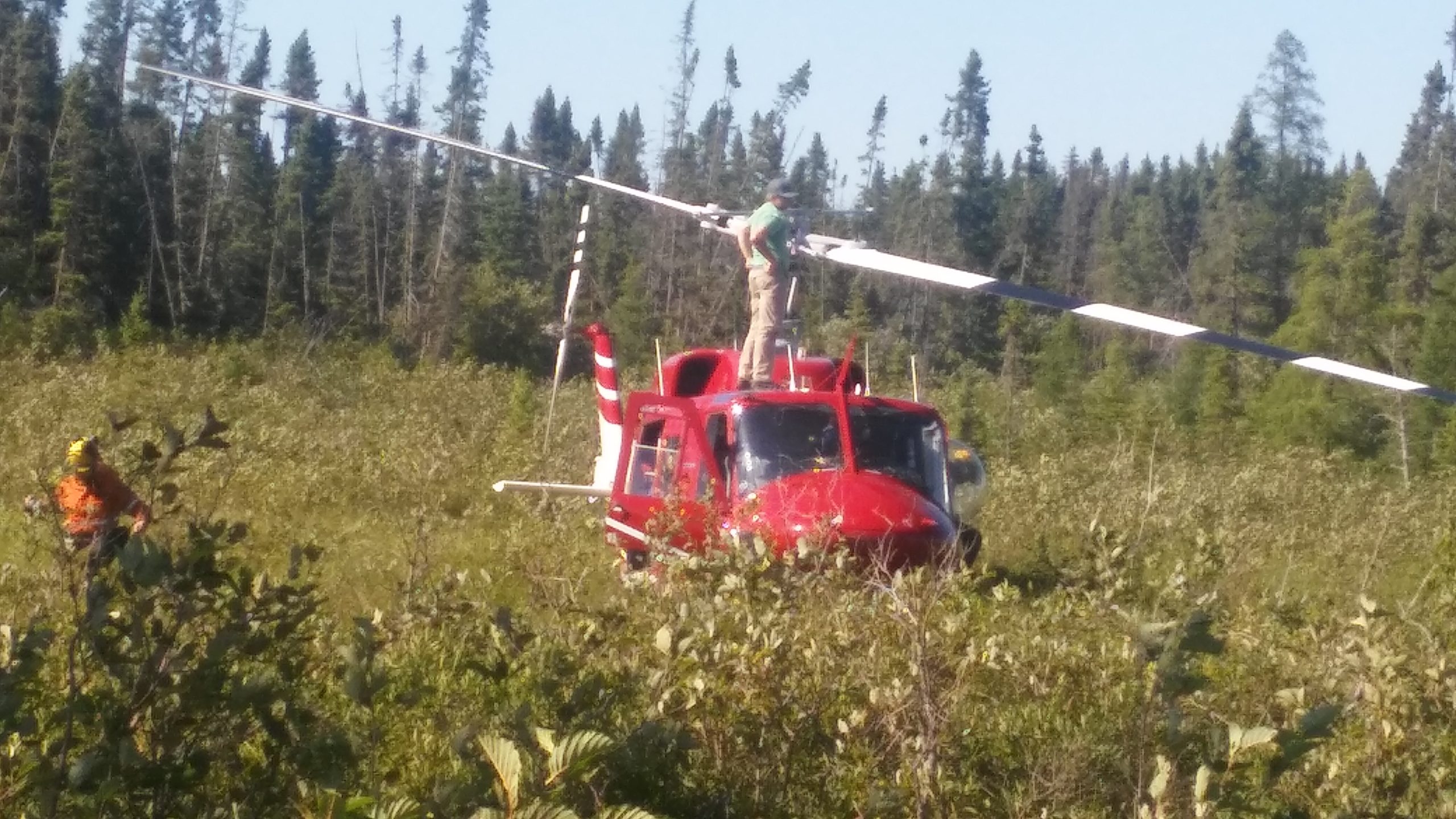 On Monday, Don’s brother Mike was fishing on Moosetrack Lake when he smelled and saw smoke. Upon investigation he found a something soldering in between some rocks down in the moss. He tried to put it out but was unsuccessful so he came back to camp and we called the fire centre. The helicopter landed in the swamp close to camp to find out the exact location of the fire. Mike helped them find it. We are very thankful for the quick response by the Ministry of Natural Resources Firefighters as they were on the fire in less than an hour. This could have been dangerous for us as the wind was blowing in the right direction and if the fire had of taken off it would be coming right to camp.
Don had another busy day yesterday, he did some work at Mount Lake. I managed to get out fishing and caught my 2 fish for dinner.
It’s a warm morning 21C at 6:30, some wind and cloudy.
Today’s forecast -Increasing cloudiness early this morning. 40 percent chance of showers late this morning and this afternoon with risk of a thunderstorm. Wind west 20 km/h becoming light this afternoon. High 25. Humidex 29. UV index 5 or moderate.
Tonight Partly cloudy. Low 13.